Khoroshev, its been a while, but is the full game release yet?

good game! however still needs optimization cause i've noticed some freezing , also saw issues with jumping, but alas! character is so cute <3

I instanly notice something sus

This was great! Noticed some people had issues jumping diagonally, I didn't seem to have that issue with a controller so that's a good sign! Can't wait to see more.

i really enjoyed this game, keep up the good work dev's

This looks amazing! Can’t wait to give it a shot!

Quite a fan you are

Gotta say this game is really good even though it's still a demo.

I don't know why but i just have an urge to do a speedrun and I killed the puzzle. I did this by pressing "WASD" constantly while mashing "E" 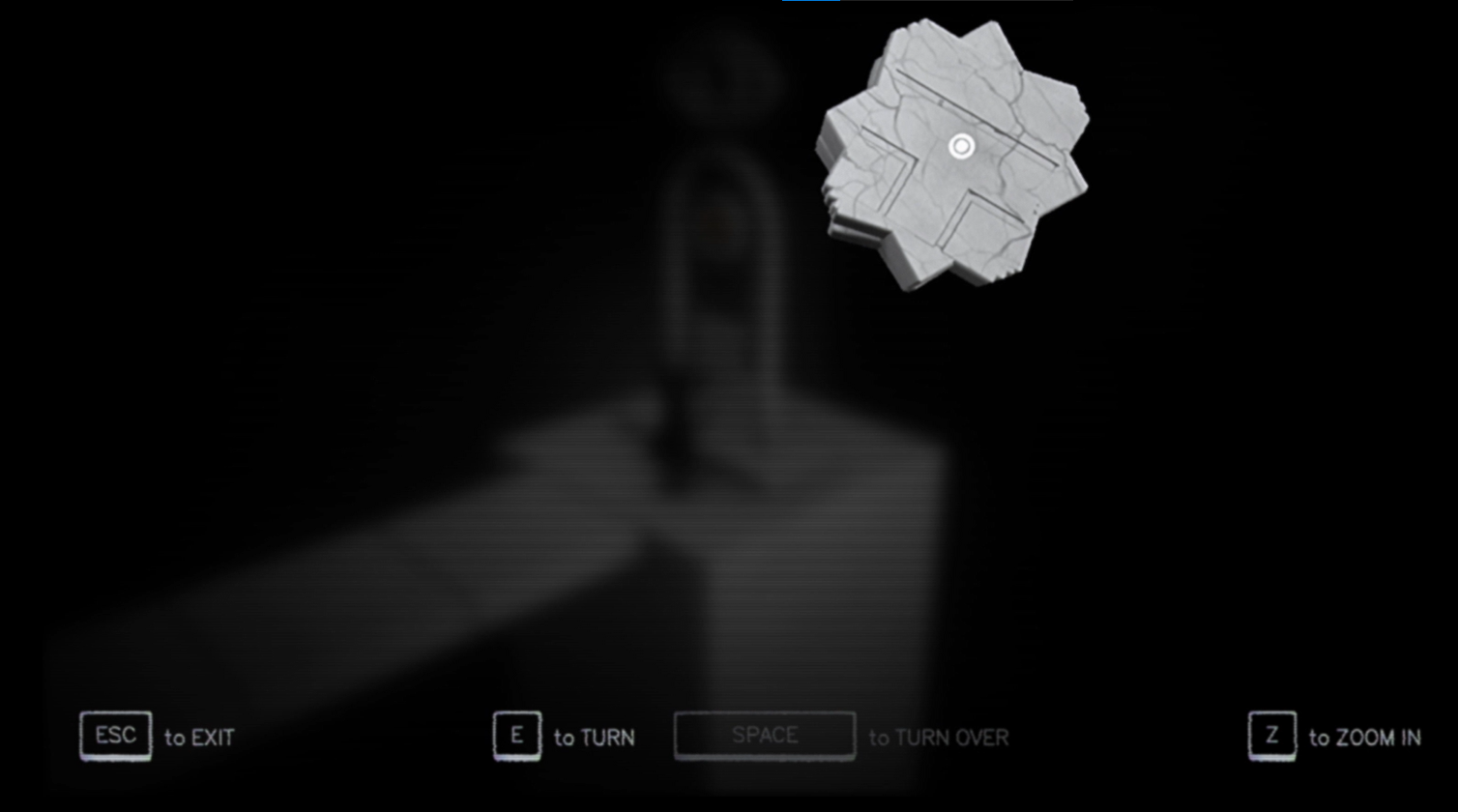 [Mallory and the Marble Santum fainted]

Thanks! Well that's a first… I knew I should have put more work into filtering player inputs, but this is a whole new level of broken. The worst I was able to reproduce is two selected interaction points instead of one, haha. I'll look into it for future releases.

this was a good game cant wait to play full game

I recorded myself playing the game. It was fun. I hope for a lot of improvements in the full version

Is anyone speedrunning Mallory

I did try and I ended up with this bug XD

I really loved this demo. The writing and presentation are fantastic for a solo developer!

I encountered this because of Alpha Beta Gamer, but once I got beyond a tiny bit of gameplay I had to play it myself.

I do hope you make more at some point, I look forward to what comes next!

cool and refreshing atmosphere and idea. Really felt the characters and music and the ending was fitting i think.

I am excited what you make in the future or expand your game into a hole game!

Ivan Khoroshev, i was thinking about the full game that will be, many cutscenes, bug fixes, full game playtime average: about 2 to 5 hours, endings and few console like xbox one, playstation, steam, etc... also can you show me or add the main menu screenshots pls? remember that i cant play your game because i have an error UwU.

This was a fun puzzle platformer, I really enjoyed myself

Reply
Dan the MexiCan1 year ago(+1)

What an awesome and freshly different little game. I loved the concept. Keep up the great work!

Just played through the demo and really enjoyed it. I love the aesthetic and characters so far, and am interested in seeing where the story will go.

Want to say, though, that I did encounter a bug during my playthrough that made the platforming a lot more difficult than it needed to be:

For some reason, I wasn't able to jump while holding the 'down' and 'right' keys at the same time. Jumping worked fine for every other arrow key combo, but for those particular keys simultaneously, the space bar would become unresponsive. I was able to work around this somewhat by releasing those keys immediately before hitting the space bar, but this was difficult to work with. This issue is especially frustrating as down-right is the most common direction in which platforming occurs.

Still all-in-all a promising game that I'd like to see more of.

Thank you for playing! :D

I've had a run-in with a similar issue regarding the button combos and came to a conclusion that it has something to do with hardware limitations, i.e. I couldn't press these combinations of keys outside of the game either. For me it was jump + every diagonal combination of arrows that's not up-right. Unfortunately, I don't know how to fix this or if it's even something that can be fixed. But thanks for the report anyway! I think my solution to this will be having fewer diagonal levels in the game, haha.

Fantastic game. Graphics and sound are amazing. I was able to get invested in the characters and world in such a short amount of time. A few other things I'd like to mention:

-I feel that the game is a little dialogue heavy. Not a serious issue, but I think it could be tightened up a bit. I ended up not reading any of the pages after the first one. Perhaps they'll fit into a larger narrative later on, but for now I just didn't find them very interesting.

-In chapter 1, sometimes I would reach a spot that triggered new dialogue but immediately fall and not get a chance to read what was said. Once I reach that spot again, I think the dialogue should trigger again if it got cut off before due to a fall.

-In chapter 2, some dialogue would appear off-screen and be unreadable. This happened when Mallory was too close to the top of the screen.

-Several others have already mentioned how the isometric view makes the platforming much more difficult than it needs to be. If you want to keep the isometric view, I'd suggest maybe adding a double jump or making the jumping more 'floaty' by increasing the air time on jumps. This would give the player more time to reposition themselves after a bad jump. Adding a dark shadow directly under the player would also help show exactly where they are going to land.

Thank you for the feedback! :D Your issue with chapter two is a bit of a new one though. My only guess is that it had something to do with a specific screen size. Could you share the resolution you played on? 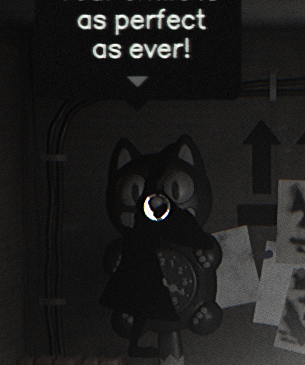 Well, looks like my hunch was right. I've never even tested it on 21:9 or anything that's not 16:9, haha. Thank you for the info and for the screenshot! I'll make sure to try and make it readable on all resolutions.

The story was pretty interesting and very peaceful gameplay.

Wonderful game.  Nice story and character development.  I was kind of bummed when I found out that "Prisoners of Sphericon" doesn't seem to be a real book... sounded like a fun read.

Thanks! Considering the kind of Slavic science fiction i've been lovingly spoofing with the Sphericon pages, the rest of it would probably be a bunch of endless ennui-drenched paragraphs on moral philosophy of shooting aliens with laser beams :)

I love platformers and I am pretty decent at them this was awful to control it took me  almost 15 minutes to get from the bed to the first checkpoint. Because it was awkward for me to have to use the wasd keys as opposed to the arrow keys because I really wish you would add arrow key support. I ended up quitting not much after the first check point because i knew it would be to frustrating to continue. I am sad to say this looks good but plays awful.

Sorry to hear you've had a bad time with the demo. Key rebinding has been a highly requested feature in the feedback I've received and I'll make sure to push it higher on my to-do list.

Sadly the game looked awesome and I wanted to play it but I just became to frustrated to continue.  Or maybe not just key binding but have the option to swtich to the arrow keys would be very helpful thank you for the reply and keep up the awesome dream. Because I like to revisit this game when it is more playable as it has a lot of the stuff I enjoy in my games, Hey if and when you ever update the controls can you let me know that is if you dont forget which is ok too. But I really look forward to trying again in the future. Also when is the full version going to come out?

In a few years, give or take. But I'll make sure to remember to reply to you once the key binding is live, which will hopefully be in less than a few years! :D

hey was this game a one man show? or did other people work with you on it?

It's a one man show, pretty much.

I loved the controls ! there are way worse controls in this genre :o

is this game on demo and what date will release in full game?

edit: forgot to say it, when was demo released

Thank you! The demo was released about 10 days ago and the full game is still at least a few years away from being released.

i had troubeshooting of this error: DX11 feature level 10.0 is required to run the engine.

Another user in the comments has had a similar error… I think it has something to do with the engine I'm using. No clue how to fix it, I'm afraid.

This was an absolutely fantastic demo. The graphics are beautiful and stunning. I can't wait for the full release!

Really enjoyed the demo cant wait for the full release

Reply
xikizoid1 year ago(+1)
This game was truly wonderful. I played this demo yesterday and filmed everything, and I was so impressed by every little detail.

The character design is incredible (you play as a very cute little deer/rabbit kind of thing), the sound design is so well-thought out, and the visuals are stunning. There is such attention to detail that I can't believe it was made by one human. I cannot wait to play the full game when it comes out.

This was downright awesome. The visuals are very nice and polished, the gameplay was really fluent, although a bit annoying in the marble kingdom ;-) The music and sounds were really good as well. I was also really pleasantly surprised by the sudden switch to a point-and-click adventure. Really, really good effort!

Only thing you might want to look into is the isometric platforming. It made the jumps etc. more tricky than it has to be. It was not so much the isometry for me, but the controls (direct direction instead of turning and going forward) and the fact that the camera does not turn when you face another side (goes in tandem with my previous remark). Made it a bit awkward to go 'down left' for instance.

GIven you've been doing this all by yourself makes it even more impressive.

Thank you, swoopie! :D Yeah, I'll be avoiding pseudo-isometric diagonal levels from now on. They're causing so many gameplay issues that the game is not worth the candle.

This was really well made and makes me curious for the full release.

I loved the aesthetics and the tone this conveys. This game is beautiful and already feels polished. I also think that the dialogue is really good and engaging. The campiness of the novel pages in contrast to the rest of the writing shows how much focus there is on storytelling in this game.

I don't know how much platforming is going to be part of the full release, but personally I really didn't like having to platform in an isometric perspective. Its very uncomfortable and now my hand hurts (using a D-Pad on a controller).

Thank you! A D-pad though, ouch. The platforming will be a not insignificant part of the game, but it won't feature any more diagonally-structured challenges and will be more approachable in general. I want to give players more tools and ways to explore, but making a hard platformer game is not my priority.

I love the art style!

This game is amazing! I enjoyed every second I played it! The detail put in this game is great! The game was so fun to play! I am a very big fan of puzzle games and platformers, and this was perfect for me! Keep up the good work!